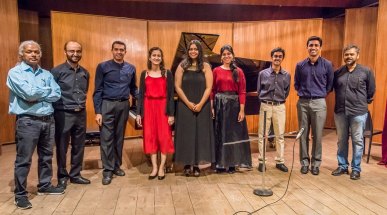 Kuldeep Barve, Jayant Sankrityayana,  and Jacob Samuel of the Pune Guitar society along with me, presented an unique soundscape that infused the warmth of the guitar and the brilliant tone of the piano, infused with the colourful harmonies and melodies of Spain and Latin America. This was the first of a series of themed concerts.

The origin of the concept

Since the guitar is the quintessential instrument of these regions, it is not surprising to find that even their piano music imitates numerous techniques idiomatic to the guitar. If the music is executed with finesse, one can hardly tell the instruments apart.

This interesting kinship between the two instruments inspired me to imagine a concert incorporating both the guitar and the piano. Kuldeep, Jayant and I thus created a concert, based on the theme of music from Spain and Latin America.

The scope of our theme was extremely vast, hence the program needed to be meticulously chosen and the order of performance carefully planned in order to give the audience a holistically sound and a seamless presentation.

The concert turned out to be a huge success. Rarely do we see a concert at the 275 seater Mazda Hall where the house is full. Well, at our concert on Saturday over 300 showed up; there were people standing in the aisles!

While we did our best to put up a good show, since this was our first concert, there were some things that did not go well in the organizing as well as in the performances. We hope to improve on these in our future concerts.

Jayant Sankrityayana has put forth an idea of a concert on Leo Brouwer’s music – LEO BROUWER: A COMPOSITIONAL JOURNEY. This concert will feature guitar solos and guitar duets by Brouwer, piano transcriptions of his guitar works as well as two short concerti reduced for piano and guitar. We look forward to presenting the extraordinary diversity of Brouwer’s works through his career, including some of his best-known works as well as very recent music.

The performance opportunities for classical music is extremely limited. Hence, it is not surprising that many of us were struck with nervousness and stage fright which affected their performance. To overcome this we are now organising  small informal meet ups every month, so that we all can play for each other to not only get over the nerves boosting confidence while performing in public but also get constructive feedback from others and improve one’s own performance. 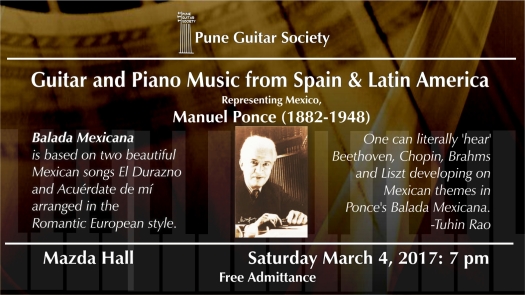 Ponce’s early piano music, to me, is a mixture of Mexican folk sounds and brilliant European Romantic writing, but without quoting Mexican melodies.

Balada Mexicana is based on two beautiful songs El Durazno and Acuérdate de mí. What makes this piece special is that, while it uses Mexican melodies, the harmonies conform with the romantic European style. Written in 1915, with over a century of virtuosic piano music already in the concert repertoire, Ponce takes idiomatic compositional techniques for the piano to his advantage. One can literally ‘hear’ Beethoven, Chopin, Brahms and Liszt developing on Mexican themes in this piece. 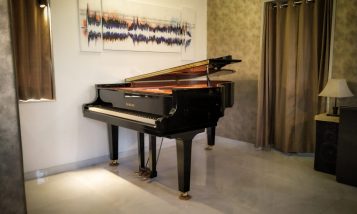 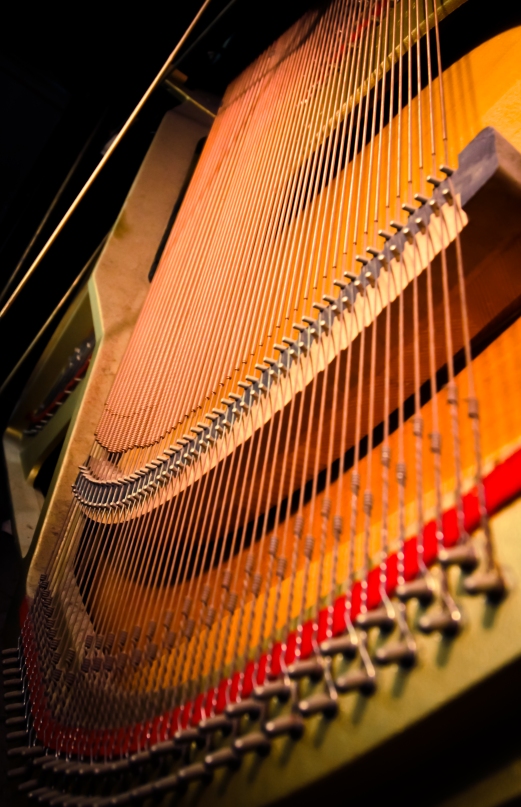